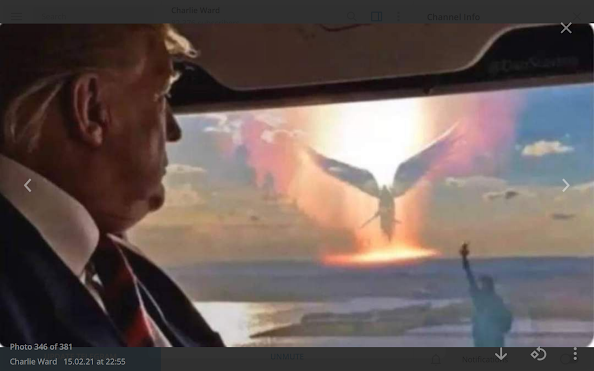 Be Sure a High Power is Protecting You

Only with our own prayers, visions and good actions will we transform the world into a place of true love. No politician or military power can achieve that. We hold obedience not to any government, but to God and his universal moral principles.

By YuliUTS / 18 Feb. 2021 / Unification Research
We falsely expect someone else to save us and save the world. We know our true intention, while we can only presume what the intentions of others are. Was Trump really supporting us or was he used by the Cabal to make the opposition dysfunctional, with a false illusion of hope while the evil was expanding? We have yet to find out. 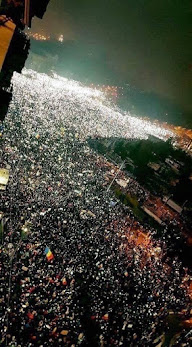 Now, Many are scared in front of the possibility of being tricked by the supposed good forces and sent to compulsory mass vaccinations. Millions are vaccinated every week. The army is helping the hospitals. Think of the possible damage, if even only 10% have negative side effects. What if it's designed to have 100% fatal effect?
The official record already shows more than 12,000 died in US, just days after the Covid-19 vaccination. (1) Way more people got face paralyses or other terrible effects. The incubation period can be months or years, before mass mortality is reached. Negative effects can come even decades later, or damage your descendants, even make humanity infertile.
Protests in Romania
against COVID-19 restrictions:

Why are they scaring us? Hitler’s tactic was, “Just tell them they are being attacked and… they will follow.” Evil people always used FEAR to get people to comply. Fear turns them into “blind followers.”

Politicians and Big-Pharma Cannot be Trusted, so why let them inject you with toxins
Can we trust those who proved to be totally corrupt and disregarding human life? See this testimony: Gates & Rockefeller foundation taking organs from living babies, cutting them alive in pieces! (See) And we agree with Trump's team that this should be stopped.
The military that stands behind Trump uses the martial art technique. Instead of directly confronting the punch of the enemy (the Satanic Cabal Corporation), they help them continue their direction, until they crash in the wall. Thus the enemy will be overtaken without any bullet.
But this was very painful for us the normal people in the last 5 years. And here is what scares me: Is Trump 'the savior' who brings 'NORMALIZATION'?  (Meaning, he is the solution presented by the very same Cabal he is chasing after). The Cabal reached the point of complete control. They've got the power, and now the Communists (who were to bring DESTABILIZATON in the last 59 years are no longer needed).
The Cabal can easily shift players and erect new False Heroes, who will only end up serving the same agenda. Can Trump prove to be different? May be, if he really eradicates pedophilia and supports the family culture. Maybe we will find soon. For now, we just report what comes. See this intel message:

Declass introduced... The end will not be for everyone. Remember this part is just theater. Movie. All staged... Trinubals for the wicked very real, the movie stops. Dam breaks. Biblical.

But, why Trump and the Military insist on Vaccination? Is it to fulfill the Cabal's dream of Depopulation? How easy the Cabal could use Trump to polarize society, eliminate it's former, already not needed, players. How easy to excuse complete military control and fast executions, under pretext of fighting the Cabal. 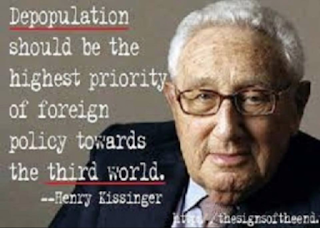 Inside conversation of the military forces administrating the vaccines, states:

"They'll Never See It Coming Until They Are On The Ground and Can't Move!"

OK, "The end will not be for everyone," but who will be eliminated? The bad guys, or we the people will be eliminated? According to insiders; Virus = corruption. Vaccines = arrests. Yes, either they kill us all, or save us from the Cabal. We have no way to know, until we see it happen, but take a look at this. If the bad guys win, we are toasted:

They can vaccinate us through nasal test swabs and target the brain. (4) This swab contains dozens of the tiny devices. They have designed tiny, star-shaped micro devices that can latch onto intestinal mucosa and release drugs into the body. “We have.. dynamic, microfabricated smart devices that can be controlled by electrical or chemical signals.” See, VACCINES TO ELIMINATE THE GOD GENE.

During the Spanish Flu, 100 million died from the vaccinations. This time can be billions. At list that's the aim of the Cabal, which they openly stated numerous times. Probably this video will provide some answers. It shows the list of The Polititions who Died in the Last 10 Days

“Only with the heart that one can see rightly. What is essential is invisible to the eye.”

We all know, no politicians can solve the problems, much less the military power can build the ideal world. Only true love and true families can transform the world. It is our own portion of responsibility.
Isn't that our Responsibility
Our only option now is to pray to God and focus on fulfilling our HTM responsibility. Who else is to win that Cultural War that perverts our children? Pay attention: Who controls the Education? What values they promote? What is easier, than brainwash our youth with transgender values and free sex idols? Wake up, our own rug is burning. Our own children are the prey. 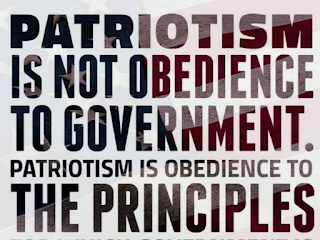 We the people from around the world are the ones to stand and fight for humanity, truth, freedom and saving our children. We are the ones to expose the evil and corruption of the last century. We are the ones to awake ourselves and the rest of humanity.
Are we really fulfilling our Tribal Messiah responsibility if we don't educate our own members and children in the culture of purity, fidelity and true family values?

Only with our own prayers, visions and good actions will we transform the world into a place of true love.

In this regard I continue with this positive spiritual message:

As you know from our previous reports, the final victory of the Forces of Light over the Forces of Darkness has already taken place on a spiritual level. (see, OPERATION GAME OVER) The most important obstacle remains the hierarchical structure of the Dark Forces, created on Earth by analogy with the same structures in the spiritual plane.

And if on the spiritual plane this structure has already practically disintegrated due to the joint efforts of the Higher Powers of the restored ancestors, centered on True Father's guidance, on the physical plane it still continues to exist by inertia.

At first glance, it may seem that everything in the world is sliding down on track with the protégés of the deep state - still pushing their interests in all areas of your life: political, financial, social, following their clear program to fully digitize the population.

The media are still aimed at causing panic and fear in the population, driving them into the "trap" named "pandemics". They are inventing new and new threats to human life, trying to save themselves and maintain their power on Earth through this energy of Fear. Yet, we should always remember that spirit is stronger than matter.

The readiness of people's consciousness to accept the new reality

Тhe power of people is in Oneness, deprived them of the communications with one other. Locking them in their homes provokes in people the energies of the lowest vibrations: irritation, aggression, helplessness and hopelessness, thus driving them into deep depression.

Many cling to their habitual values, vigorously defending them and refuting any information new to them. Now even the most law-abiding people are beginning to have doubts about how ridiculous the "conspiracy theories" that the powerful of this world have tried so hard to defame and persecute in the information space.

The main "merit" of reptilians is that they have taught people not to think and make decisions on their own, and by and large they have made people unable to listen to their own Soul and their own Heart. That's why they quite easily managed to drive people into the trap they set up called "pandemic."

THE SICKENING TRUTH ABOUT VACCINES 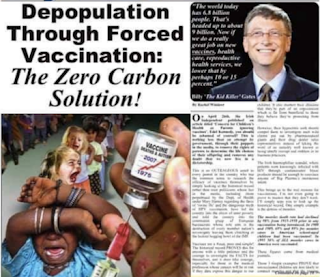 Even though numerous renowned doctors exposed how false it is and warned us against the Covid Vaccines, causing autoimmune attacks in the heart and brain, still people are brainwashed, rushing to get it. Obviously the fact that thousands are killed and so many were paralysed, is not scaring them. Wake up people, CDC now admits, 98 million Americans were given Cancer Virus via the Polio Shot. (3) (4) Half a million children were paralised in India. Wake up! Face the truth! See

This is the last battle between Light and Dark. The official record already shows more than 12,000 died in US, just days after the Covid-19 vaccination. (1)

We are Witnessing a Eugenics Program - a Genocide

Video footage showing residents being held down and vaccinated against their wish. whistleblowers in nursing homes around the world are reporting the same things. Healthy, capable elders die days after the vaccination or get paralysed.

Poland has passed a law to fine Big-tech companies $2M each time they illegally censor freedom of speech. George Soros and Bill Gates finance all those fact checkers and we know what are they actually hiding.

The media is now trying everywhere rudely fighting any alternative opinion, this further alarms the people, pushing them to find out the truth. This process is gaining momentum, thereby increasing the number of people able to embark on the path of spiritual Ascension.

Only True Love Can Conquer Even Hell 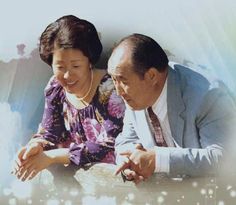 Our True Parents (Rev. and Mrs. Moon) were teaching us to understand God's Intention and focus our mind and body on building a world of true families, based on the Head-wing ideology and the Culture of Heart.

Rev. Moon has done this revolution already in the spirit world. Based on this work of liberation that has happened in the spiritual realms, the divine high-vibrational energy on earth has reached that critical mass that will finally displace all the representatives of the Forces of Darkness from it.

"True love can conquer even Hell... With the limitless power of true love, the Kingdom of Heaven will be established on Earth." Dr. Hak Ja Han Moon

"Thank you so much for sharing this reality of the world. At least, we can see hope."

"Excellent words straight from the heart"

"I was reading your recent fascinating post about the Two Presidents Prophecy. Fascinating!" TWO PRESIDENTS PROPHECY

"That is true! Politics cannot solve it... the Kingdom of God starts in our hearts. Jesus said. Kingdom of Heaven is not a physical... it is a condition of one's internal or spiritual state."

THE ZIONISTS RUN CONCENTRATION CAMPS OF 1948